The Russian capital was ranked fifth in the ranking of the best cities in the world, and received a tourist Oscar - the World Travel Awards.

At the end of 2019, Moscow entered the top five cities in the world in the Best Cities rating of the international consulting company Resonance Consultancy.

In total, the ranking includes 100 cities, which were assessed in six categories. In five of them, the Russian capital showed positive dynamics. In particular, Moscow ranked first in the Product (infrastructure and attractions), and second in the Place (weather, safety and urban environment). Besides, Moscow has improved its positions in Programming (culture, restaurants and shopping) and Promotion (web search queries).

Read about this and other achievements of the main Russian metropolis in this mos.ru article.

The quality of education

Moscow has significantly improved its position in the rating of the quality of school education, which was compiled by specialists of the Program for International Student Assessment - PISA. Moscow schoolchildren rank third in the world in terms of reading literacy, fifth in mathematical literacy, and sixth in natural science. In addition, in all areas of the study, Muscovites showed better results than schoolchildren on average in Russia.

The city pays special attention to the quality of school education, and the high PISA scores have become an independent assessment of the ongoing changes. Today, students have every opportunity to discover their talents and abilities. Equal funding has been introduced in all schools, including private ones, which guarantees a quality education for all residents of Moscow.

In addition, the city itself is becoming a unified educational space - in particular, within the framework of the Moscow Schoolchildren's Saturday’s project, students visit leading Moscow universities, colleges, research institutes, enterprises, museums, galleries, and sports facilities. Moreover, in 17 Technoparks in Moscow for kids, there are 87 laboratories, where children are taught in 41 relevant areas. 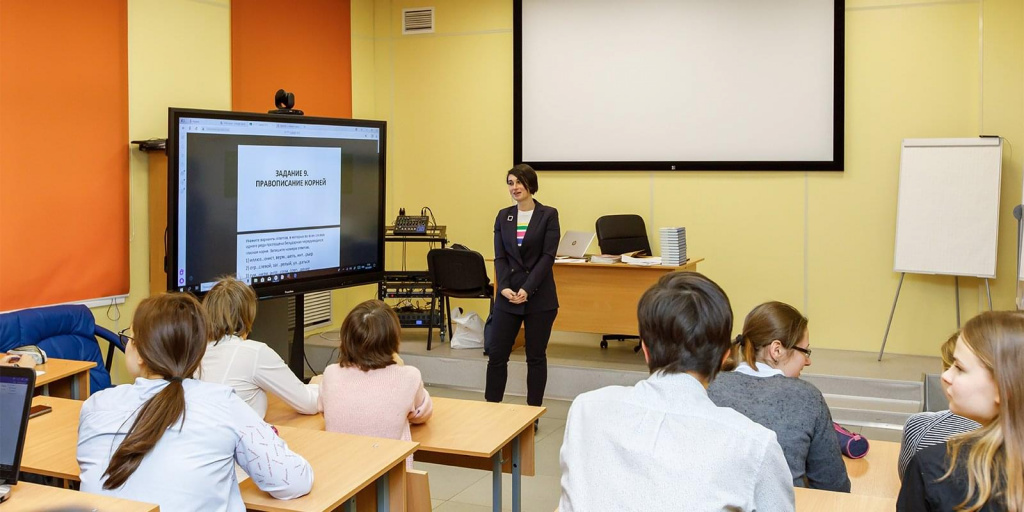 The Moscow ambulance service was in second place in terms of efficiency among the emergency medical services of the world's megacities. The research was conducted by the consulting company PricewaterhouseCoopers. Experts assessed how quickly the services are working, whether patients are satisfied, and much more.

The metropolitan ambulance entered the top three in terms of equipment, ahead of Paris and New York in terms of this indicator. In terms of the number of brigades per 100 thousand inhabitants, the Moscow ambulance took the second place (8.2 brigades), behind only London.

It takes two minutes and 30 seconds from registering an appeal to the departure of the brigade in Moscow. In addition, the doctors of the Moscow ambulance come to the call faster than their foreign colleagues: from the moment the ambulance is called to its arrival, an average of 14 minutes 34 seconds pass.

The index of satisfaction with ambulance work in the Russian capital was 95 percent. 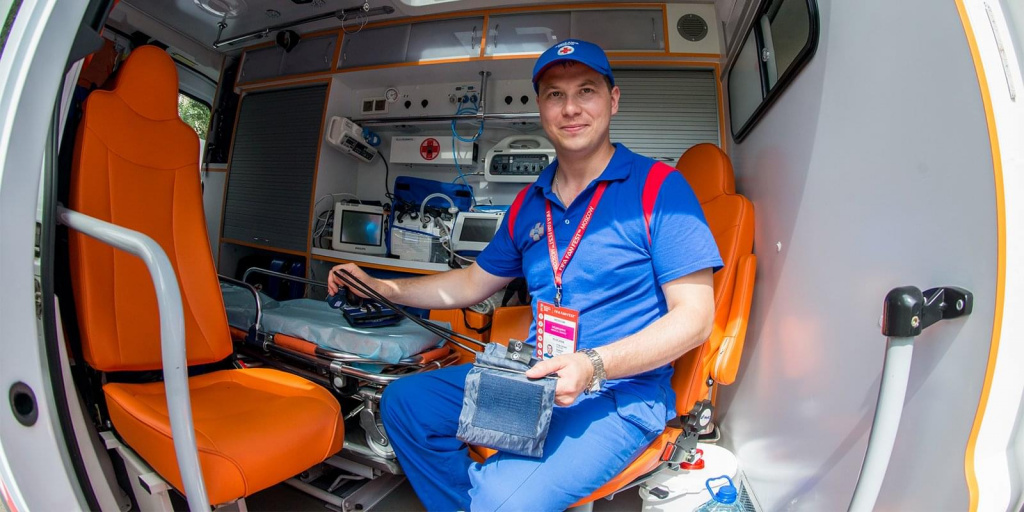 In the ranking of 500 innovative cities in the world by the Innovation Cities Global Index (2thinknow), the Russian capital rose by 10 points over the year - from 48th to 38th line.

Cities in it were assessed according to 162 indicators, combined into three blocks: Infrastructure for Human Infrastructure, Networked Markets and Cultural Assets. The experts compared the indicators of the gross regional product, the number of representative offices of international companies, the level of welfare and education, the presence of industrial clusters and their own city brand. The policy of the authorities in the development of the IT sphere, wireless networks and the electronic payment system was also taken into account. 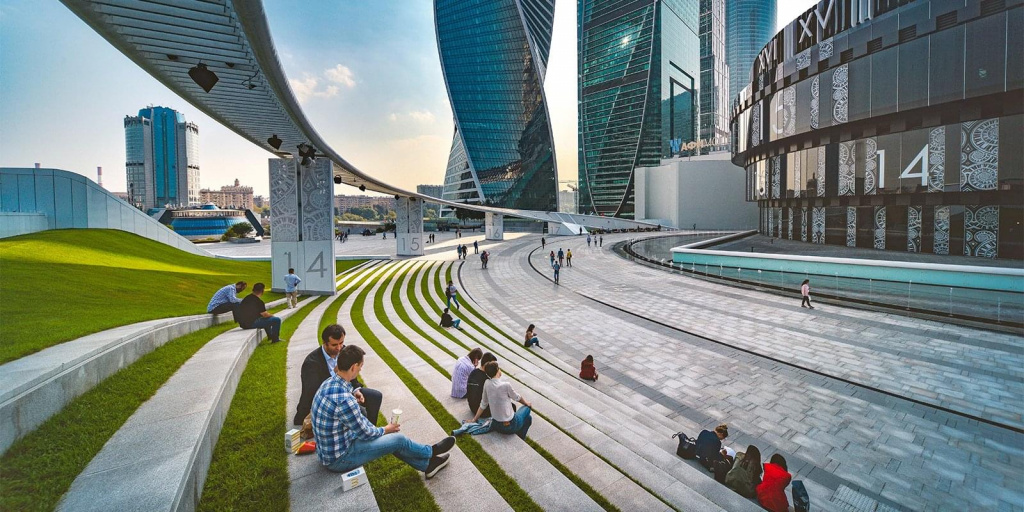 In terms of the number of free Wi-Fi hotspots, the Russian capital has overtaken New York, London and Tokyo and entered the top three world leaders. This is stated in a study conducted by the consulting company PricewaterhouseCoopers.

More than 18.7 thousand points of connection to free wireless Internet have been installed in the capital. More than three thousands of them work within the Garden Ring and within the Third Transport Ring, covering most of the central streets.

To connect to the city network, you need to select Moscow_WiFi_Free from the list of available networks, open a browser and go through identification using an account on the mos.ru portal or a phone number to which an SMS with a code will be sent. Next, you need to log in to the Wi-Fi network by clicking the "Enter the Internet" button. 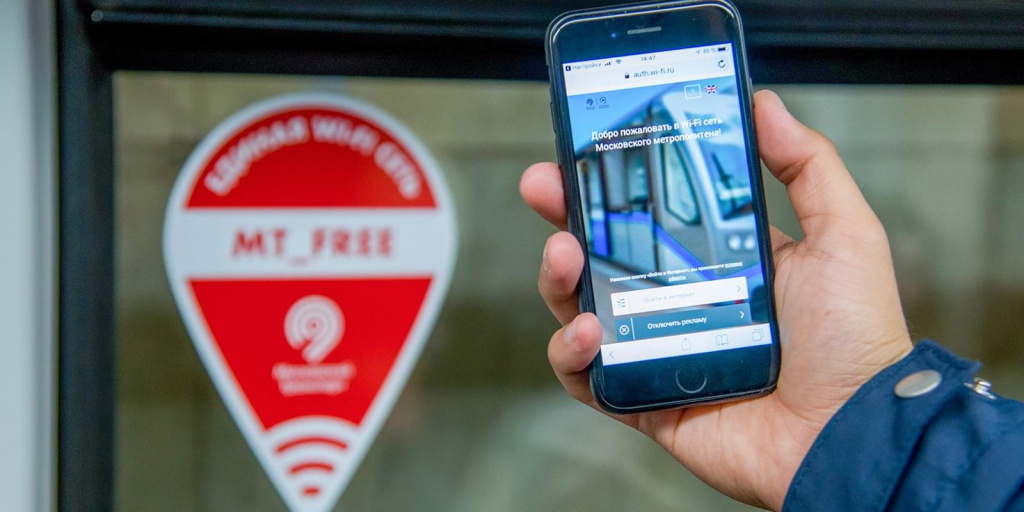 The award was established in 1993. It is considered one of the most prestigious awards in the field of tourism - it is called the Oscar of tourism.

For the second year in a row, Moscow has been ranked among the top ten travel destinations in the fall according to CNN.

American journalists named the Tsaritsyno and Kolomenskoye museums among the best places for walking in the capital. Muscovites and tourists come there to admire the views and relax, and on excursions to the former royal residences, guests are told about how palace and park ensembles and ancient monuments were created. In addition, museums are becoming venues for various thematic festivals, including the Circle of Light, Dachnoe Tsaritsyno, and the festival of historic gardens. 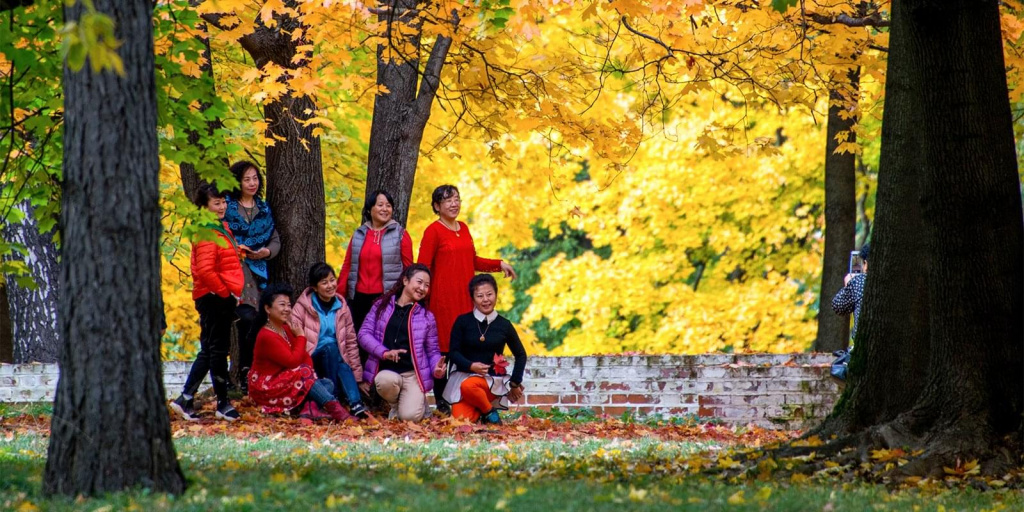 Moscow entered the twenty most visited cities in Europe and ranked 31st in the list of the most visited capitals in the world. The study was conducted by experts from the international tourist metasearch system. They looked at user searches for hotels and identified the most popular vacation destinations among travelers.

The development of infrastructure and a rich program of city festivals make Moscow an increasingly attractive destination for tourists.

Since 2011, the capital has renewed its room stock by building more than 50 new hotels. Due to the affordability of prices for hotel guests in recent years, the number of guests has increased from 4.2 million to 14 million. 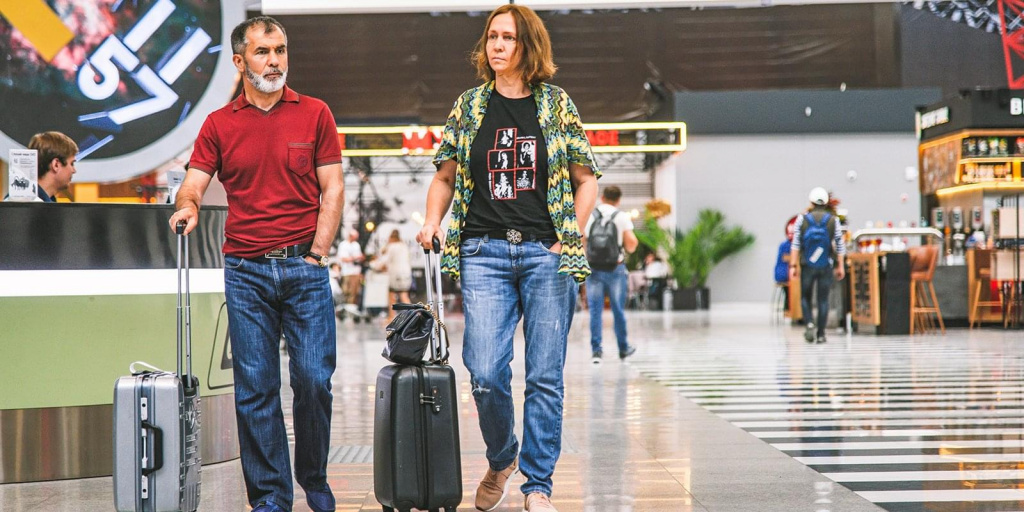 #Rankings
News
Go to section
Vladimir Efimov: the level of unemployment decreased by almost three times
The unemployment level has been consistently decreasing since October 2020.
#Rankings
Moscow moves up in Numbeo Safety, Pollution and Health Care rankings
Moscow has improved its position in the key city rankings of Numbeo.
The turnover of trade and service enterprises in 2021 exceeded the previous year by 40%
The best results were in December 2021, when turnover of the trade and service enterprises amounted to RUB 1,6 trln.
#Rankings
Moscow rises two positions in the ranking of global cities by Kearney
Moscow has taken a position between Seoul and Madrid and upstaged cities such as Rome, Toronto and Amsterdam.
#Rankings
Experts included Moscow in the top 5 best cities in the world once again
The Russian capital holds its position in the ranking for the second year in a row.

#EDHW
Elena Zarova tells the participants of Rosstat conference about the role of data science in official statistics
The international conference of Rosstat takes place on September 6-9 in the city of Rybinsk, Yaroslavl region.
More than 45% of young Russians named Moscow the best city in the country for young professionals
In addition to opportunities for professional implementation, Moscow is developing in all directions, creating comfortable conditions for living in the city.
#Rankings
Moscow improves its position in the international Cost of Living city ranking
The rating is formed based on the results of surveys and people's reviews and shows an objective independent assessment of the cost of living in different cities of the world.
#Rankings
Conference “International country and city rankings: methodology, data, transparency”
The event was organized with the participation of Rosstat and the International Statistical Institute.
Moscow Analytical Center kept the special session at 63th World Statistics Congress
The relevance of the session’s topic is due to the common trend for many countries in the use of new data sources.

#Rankings
Moscow strengthens positions in Numbeo rankings: the city is seen safer and more environmentally friendly
As shown in the rankings, over the past year, Moscow has begun to be perceived better in terms of safety, environment and health care.
#Pandemic
Kirill Purtov: diversified structure of investments raised the sustainability of Moscow during pandemic
The total volume of investments in fixed capital now amounted to RUB 3,6 trillion.
#Rankings
Moscow Is among top 5 world cities by the number of retail shops
#EDHW
The UN recognized the Integrated Data Warehouse as one of the world’s best practices
IDWH has become one of three practices from Russia, highlighted by the world organization.
#Rankings
Moscow is among top 10 leaders in the Prime Global Cities Index
The index determines the most attractive cities for large businesses and potential real estate investors.
Exit
Yes
Cancel

Attention! Website ac-mos.ru uses cookies to adapt to your needs. If you continue using our services, we assume that you agree to our use of cookies. More information about cookies and how to reject them read here .
Accept